What is hay fever?

So, what is hay fever then?

Hay fever is a common allergic reaction to pollen, the fine powdery dust from grasses, trees and weeds. If you have hay fever, you may be allergic to only one, or to several types of pollen. Hay fever is a type of allergic rhinitis, an inflammation of the tissue lining the nose.

Hay fever is often referred to as seasonal allergic rhinitis. Seasonal because it’s connected to the flowering period of specific plants.

However, the lines of the changes of the seasons are becoming less defined as we all travel around the world more. In certain parts of the world, some plants produce pollen all year round. And climate change is modifying the time and length of the pollen season. 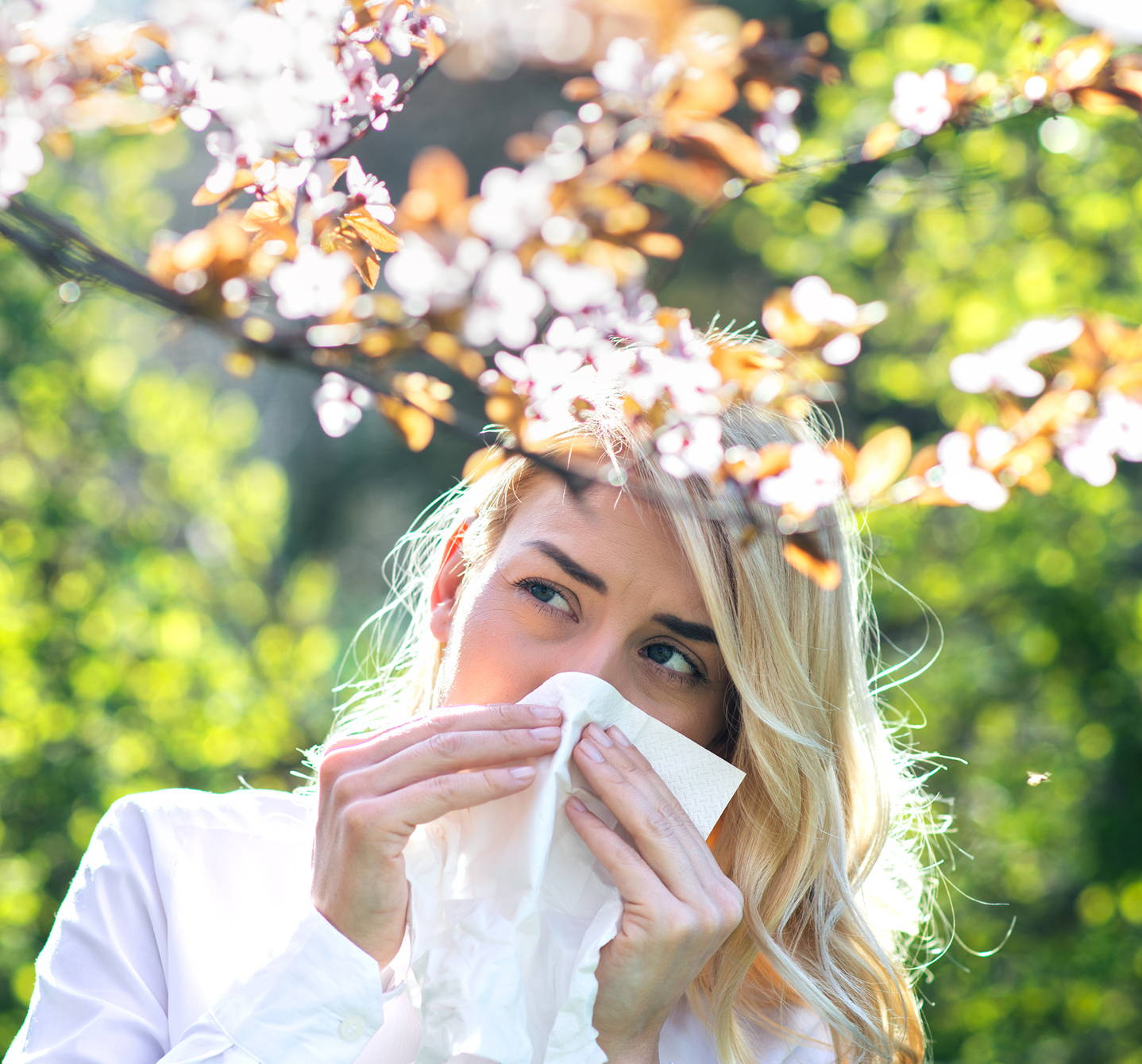 Hay fever is when your immune system overreacts to allergens in the air. We’re talking about microscopic substances in the air you breathe. And they can cause an allergic reaction. 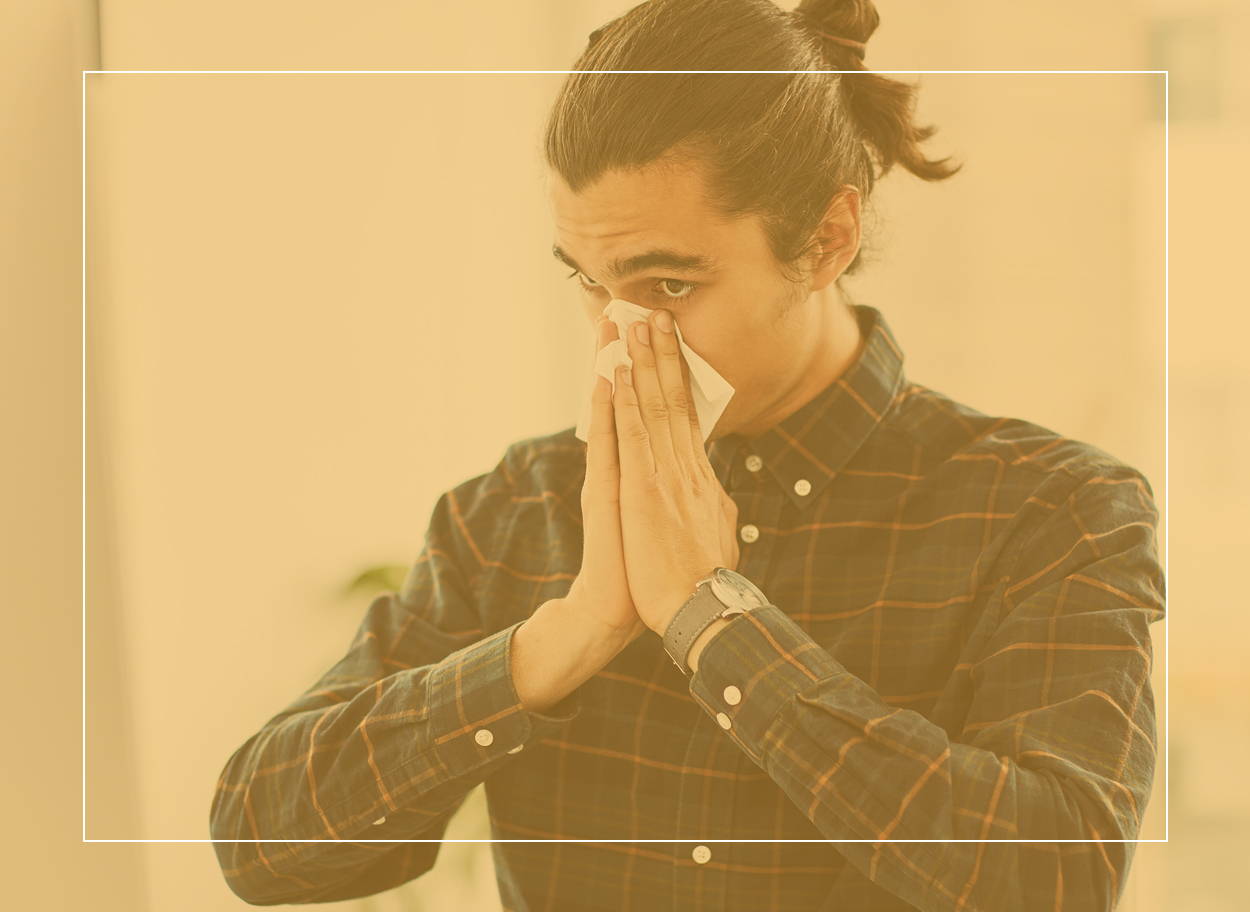 What is allergic rhinitis?

That's because your body misinterprets these harmless substances as dangerous and tries to get rid of them. Your immune system produces antibodies called Immunoglobulin E (IgE) specific to the trigger it’s trying to fight. These IgE antibodies tell other cells to release certain chemicals, including histamine. And it’s those chemicals that cause the annoying symptoms.

Hay fever caused by pollen is naturally dependent on the flowering season of the respective plants. Depending on the region and the climate, pollen is released from early spring, through the summer and even into the autumn. But you’re typically more likely to experience symptoms during late spring and early summer.

If you experience hay fever-like symptoms all year round, this might be perennial allergic rhinitis caused by an allergy to dust mites or pet dander. Talk to your health care provider about your symptoms to find out exactly what you’re allergic to and what possible treatments are available.

Plants release pollen as part of their reproductive cycle. Some pollen is carried by the wind so large quantities can travel long distances. This can affect people far from the pollen source, although it typically affects people who are nearest to the plant or tree it came from.

Most flowering plants, such as roses and lilies don’t release pollen into the air. These types of plants have waxy pollen, which is carried from plant to plant by insects. Waxy pollen doesn’t usually trigger allergic reactions.

What are the symptoms of hay fever?

The symptoms of hay fever and those of a common cold are very similar. How can you tell what it really is, hay fever or a cold?
Well, colds are due to infections with viruses. In hay fever, there is no infectious bug. Your body is reacting to allergens in the air.
There are two key factors to tell the difference: How quickly the symptoms develop and how long they last.

As with all allergies speak to your health care provider about your symptoms. That way you can find out if it really is hay fever, and which types of pollen trigger your allergy.

Your health care provider will usually ask you about your symptoms, and when and where they appear. Allergies are often inherited. So, you may be asked if there are any known allergies in your family. A skin prick test or a blood test might be necessary to determine which allergens are causing your symptoms.

How do I manage hay fever?

You don’t have to put up with annoying symptoms. As for most allergies, there are three main ways to help manage your hay fever:

You can mix and match and find what combination works for you. 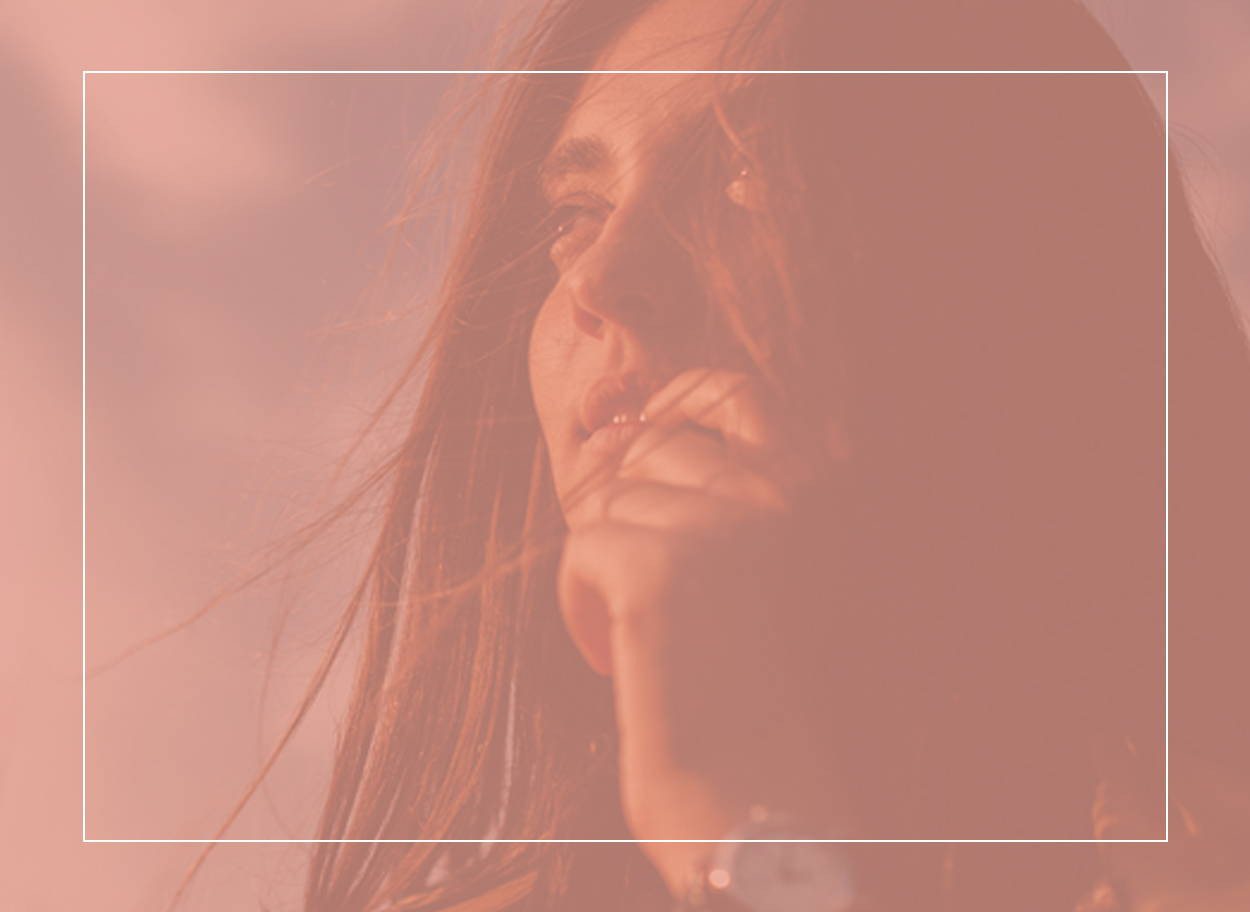 You don’t have to put up with annoying symptoms. As for most allergies, there are three main ways to help manage your hay fever:

You can mix and match and find what combination works for you.

Avoiding allergens in the air – is that even possible?

Many different types of pollen can cause hay fever. And pollen levels affect everyone differently. Trees, grasses and weeds all pollinate at different times. Knowing exactly which pollen you are allergic to can help you plan for that particular pollen season.

Anchor point for When is Pollen Highest graphic, so that the graphic appears after “hot, dry and windy days”.

Your allergy symptoms may be particularly bad at a certain time of the day. For example, when the species of pollen you are allergic to is at its highest. Weather also plays a role. More pollen moves through the air on hot, dry and windy days.

Having a pollen calendar or pollen and weather forecast is really useful when you have hay fever. It means you can find out exactly when pollen is present where you are. And then you can adjust your daily routine: like when you spend time outdoors for example. 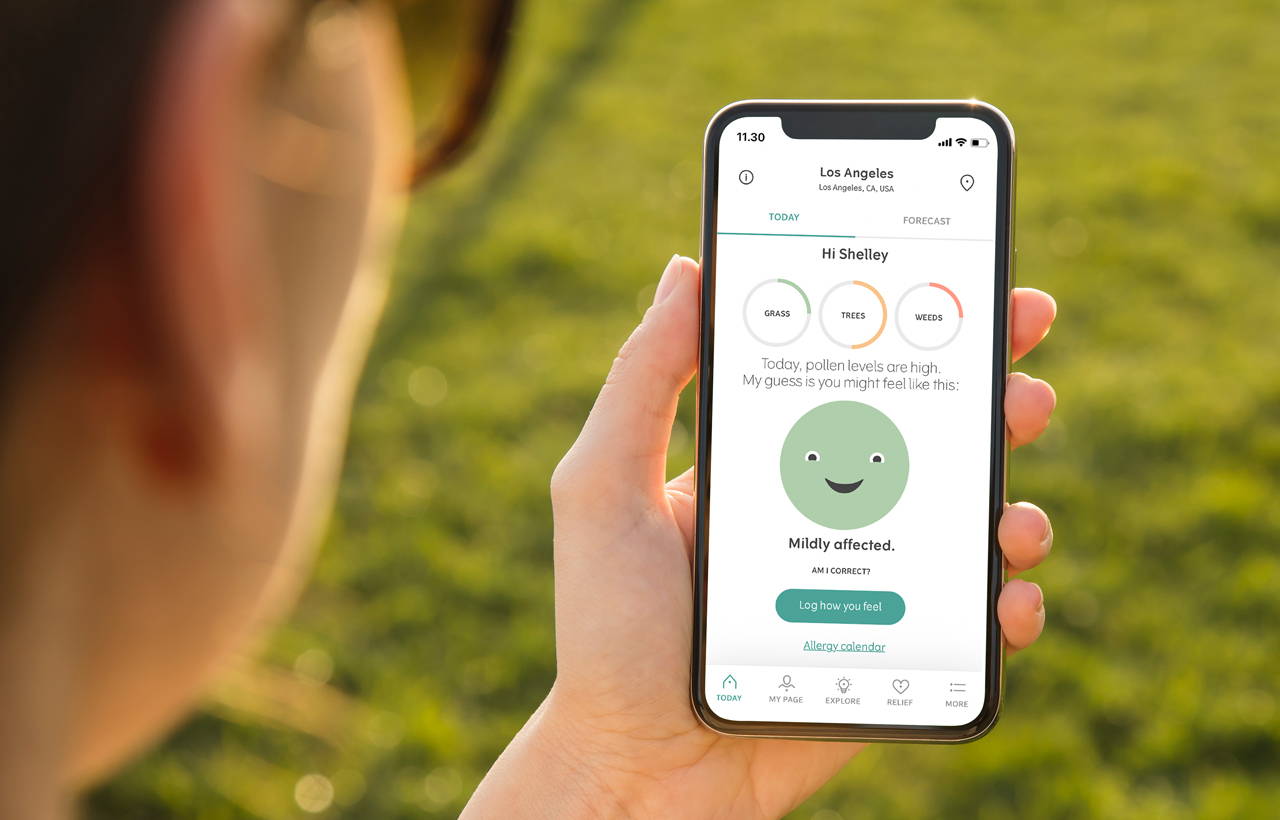 Reducing the amount of pollen that gets into your home is key to managing your symptoms:

There are several types of medication available for hay fever, for example:

Antihistamines and corticosteroid nasal sprays are the two most commonly used.

Antihistamines come in many shapes and forms such as tablets, nasal sprays and eye drops. Antihistamines work by blocking the action of histamine. Histamine is a chemical messenger our bodies produce in response to what it sees as a threat. Our bodies react to the perceived threat with sneezing, runny nose and itchy, watery eyes.

You may find that one particular antihistamine works better for you than others. Seek help from your doctor or pharmacist to find an antihistamine that suits you.

Corticosteroids are used as therapy for the management of many inflammatory and immune medical conditions. They are among the most widely used drugs in the world. Corticosteroid nasal sprays have been shown to be very effective for treating hay fever if used correctly.

If symptoms can’t be controlled with over the counter antihistamines or nasal steroids, your health care provider may consider prescription-only tablets, nose sprays or eye drops.

Decongestants, taken either as pills or as a nose spray, can be helpful in providing short term relief from hay fever. But these should not be used for more than a few days. 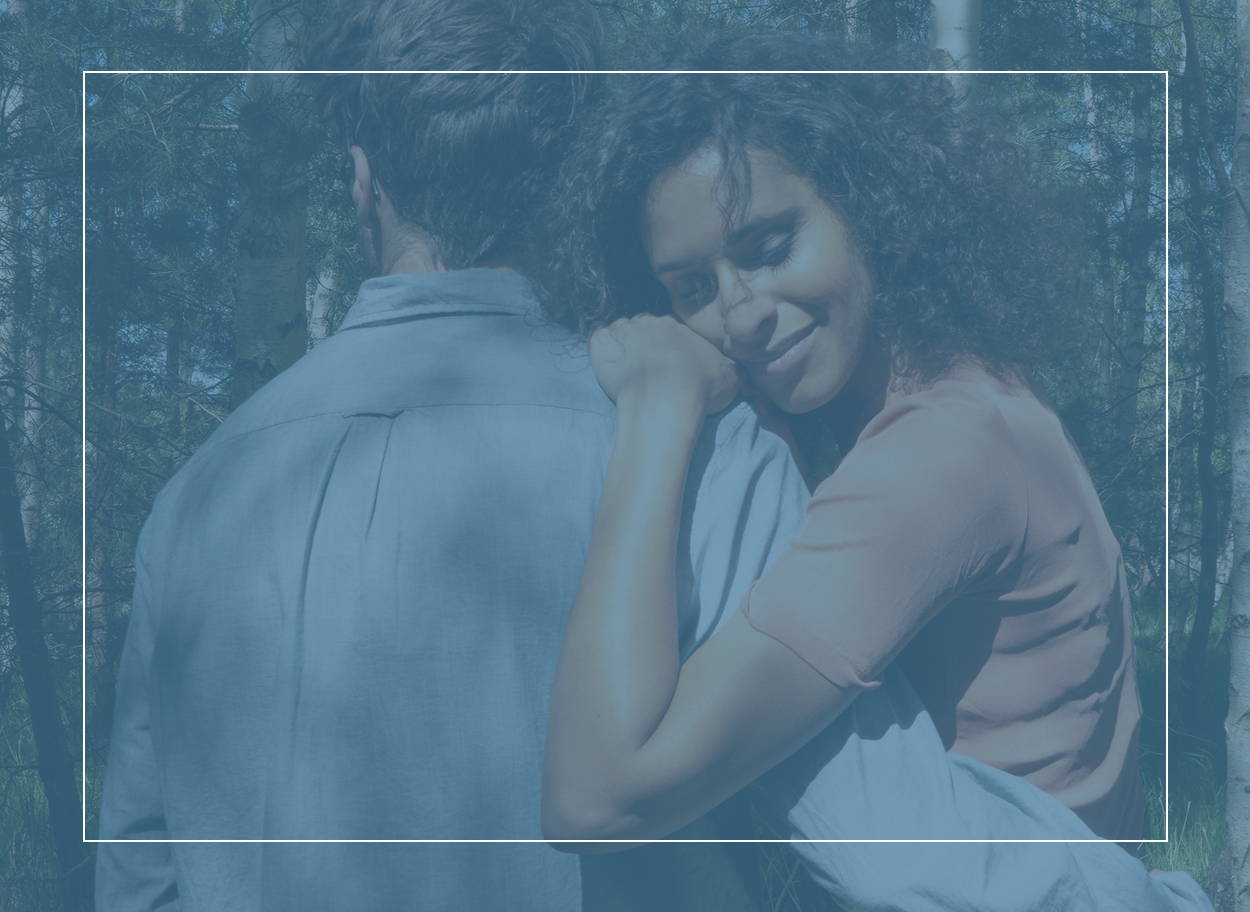 What is allergy immunotherapy?

Side effects of hay fever treatments

Side effects are possible with any of the medications used to treat hay fever. Always read the product’s leaflet or ask your doctor or pharmacist for advice.

If you find your symptoms are not adequately covered by your current medical treatment, what next? Well, there may be specialist treatments available as an alternative.

Your allergy specialist may suggest immunotherapy. Allergy immunotherapy treats the underlying cause of hay fever through controlled, repeated exposure to the allergens. This helps your body to build up tolerance to the substance that causes your hay fever.

For more information about allergy immunotherapy, including possible side effects, talk it through with your health care provider. 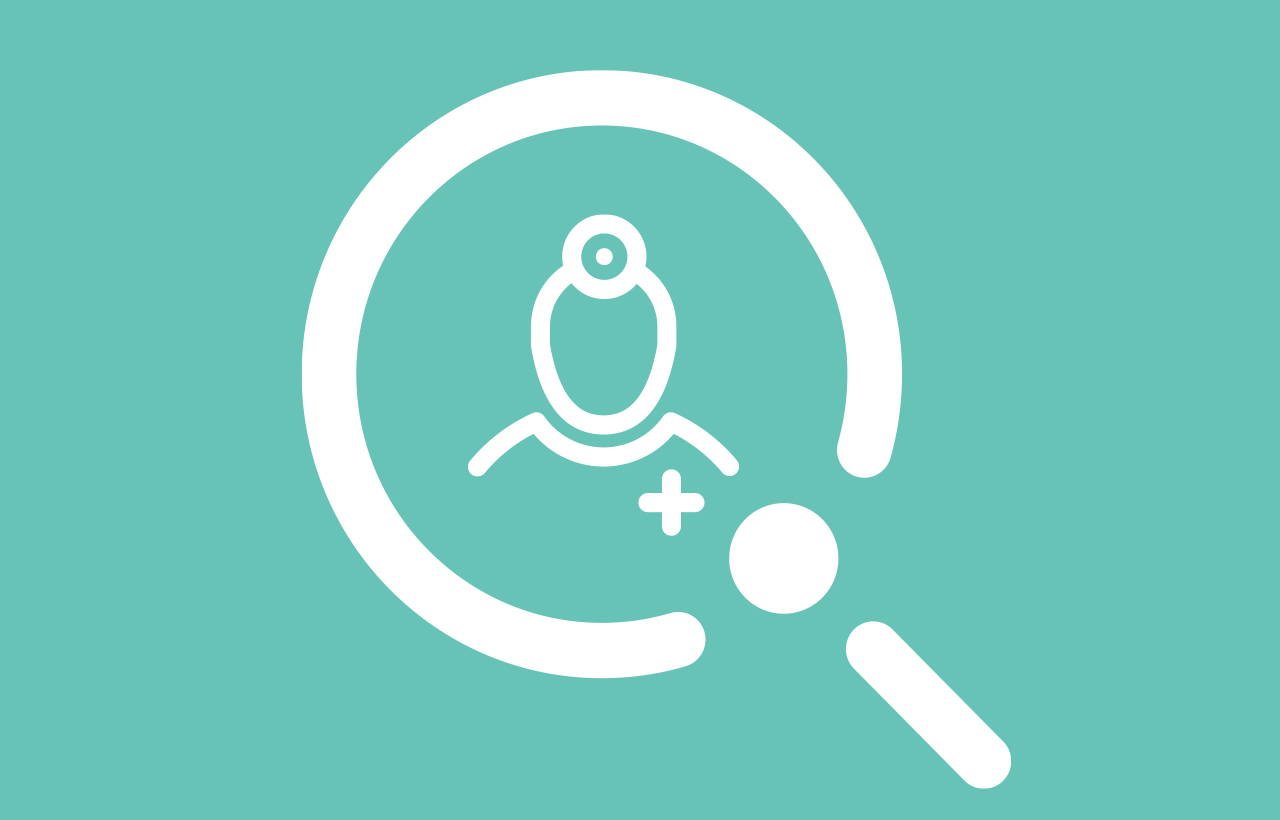 If you’ve read all the way to the end of this article, thank you. And we’d love to know what you think. Have you tried any of the tips we’ve suggested? Or do you have any of your own that you’d like to share with others? Head over to our Facebook page or email us and share your story